Long story short, I’ve been a film editor, director, animator and today I am a motion designer.

As a film editor I’ve worked on several big and small projects for Russian and International television, such as “Chasovoy” for Channel One Russia and “Black Lives” series for RT, where my role was to edit everything from scratch, most of the time without any script.

Also, I’ve been a part of several creative teams, working on commercials and other short films for such brands as:

I am always open to any kind of projects in any part of the world.

Hit me up on [email protected]

Here is my business-card: 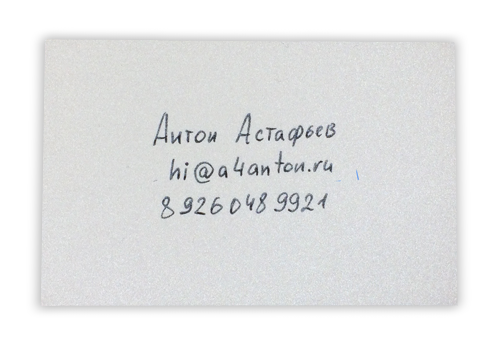